What a night in Varna! Intelligent Music Project rocked the crowded Summer Theater 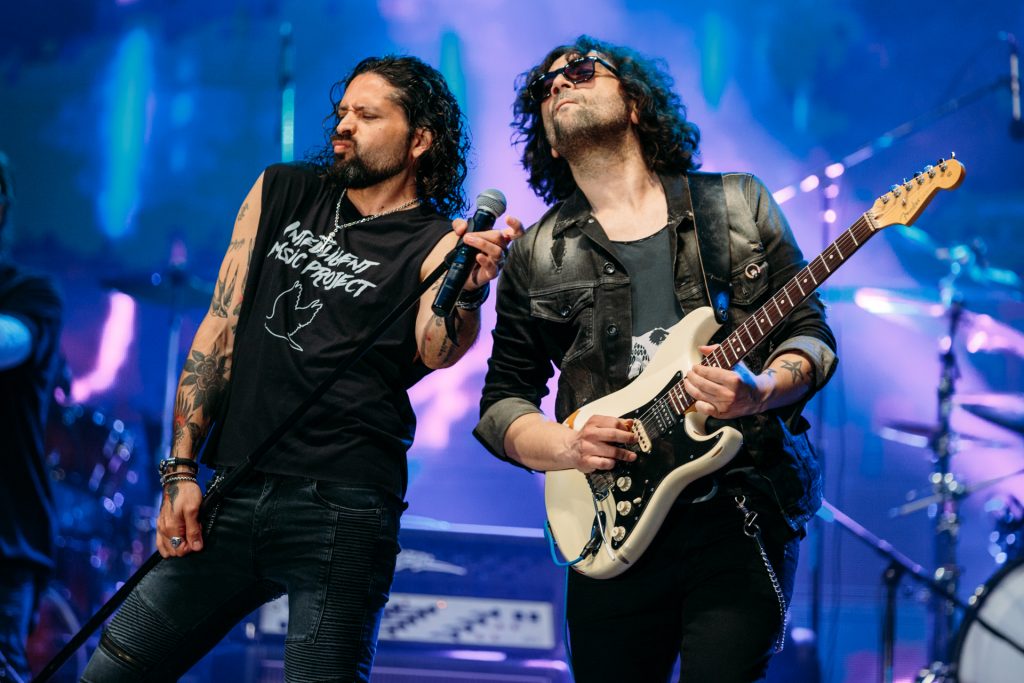 After the concert in Plovdiv at the beginning of the week, the Bulgarian supergroup of Dr. Milen Vrabevski Intelligent Music Project in the company of Ronnie Romero, Bobby Rondinelli and Carl Sentance gave another unforgettable night to their Bulgarian fans – this time at the Varna Summer Theater.

On the same stage with Stundzhi, Slavin Slavchev, Biser Ivanov, Bobi Kosatkata Ivo Zvezdomirov, Ivo Stefanov, Lina Nikol and Samuel Eftimov Ronnie, Bobby and Carl raised the audience to their feet, alternating healthy rock with beautiful ballads. In the middle of the show the attractive drum solo of the legendary drummer of Rainbow and Black Sabbath Bobby Rondinelli and the emotional solo of the guitarist Biser Ivanov once again reached into the souls of the fans.

After Biser caused a standing ovation in Plovdiv, leaving the stage and touring the hall with a guitar during the concert, this time Ronnie Romero did it. He merged with the audience and greeted a large part of it during the emotional performance of the song from the new album of Dr. Milen Vrabevski and Intelligent Music Project “The Creation” Listen, which is dedicated to families with reproductive problems.

The other guest star of The Creation Tour, Carl Sentance, was definitely in great shape and performed some of the band’s most popular songs with an impressive charge.

Even after the end of the show, the audience did not let the stars go, and for almost an hour they gave autographs and took pictures with the band.