The Bulgarian representative to Eurovision Song Contest Intelligent Music Project released a new single from the band’s upcoming album “Unconditioned” (in July). The song is named “New Hero” and is accompanied by a emotional video, recreating a military situation.

The song comes out just a week before the band’s first semi-final of one of the biggest music events in the world – Eurovision Song Contest, where the guys will represent their country with the song “Intention” – part of the same upcoming album.

“We have a lot to say through our music and we think that in the difficult times we’re living, the message of this song is very important. We thought that this is the right moment to share it with our fans”, said the musicians from Intelligent Music Project.

And the message of the song is very clear and strong one – let us forget our ego, anger and fear, and let us start living for those around us.

“Effective action in the moment, irrespective of difficulties, is the key to progress. It’s important to know that nothing is achieved simply with words. It’s easy to stand mute in the crowd and listen to instructions. What’s more difficult and efficient is for a person to have their own opinion and own method of opposing injustice, though often alone and without others understanding”, explained Dr. Milen Vrabevski, who is author of the music and lyrics and also founder and producer of Intelligent Music Project.

All these thoughts are expressed through the kids, that are taking part in the video.

“We want to show how important children really are, how important it is to love them and to bring them up with these values – to make brave decisions and live for those around them, because they are the new heroes”, added from the team of the band.

You can watch the video here: https://bit.ly/3MGwBqr 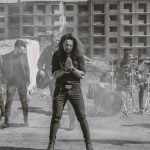 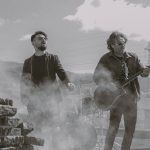 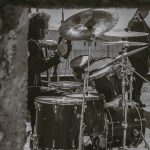 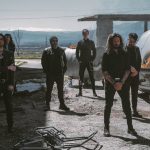