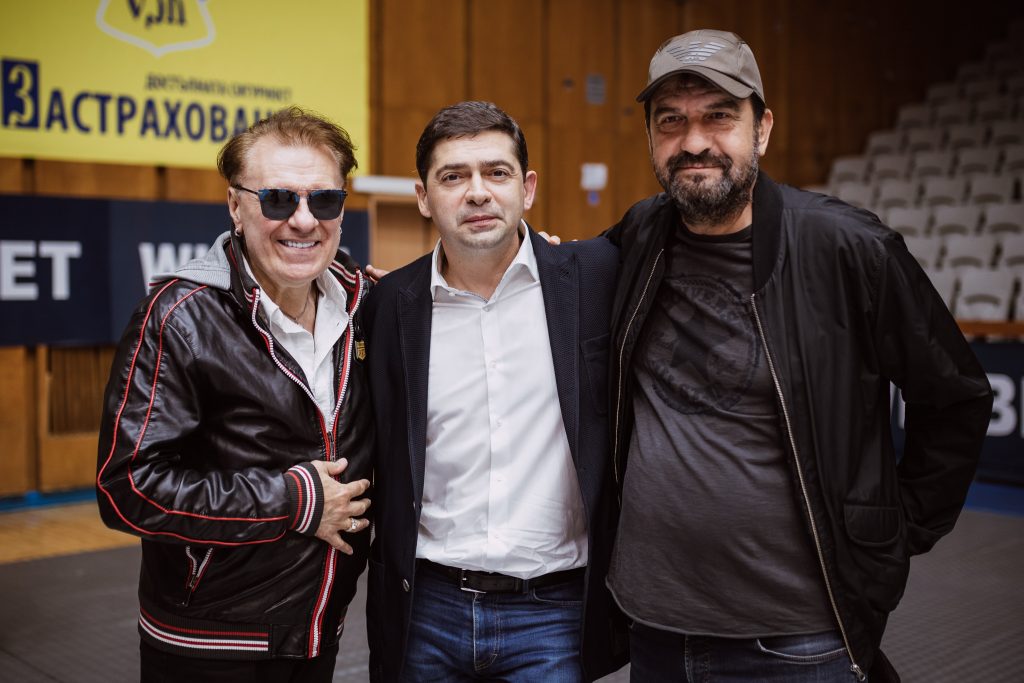 Last night in the “Universiada” Hall in Sofia ended the Bulgarian part of the tour of the supergroup of Dr. Milen Vrabevski Intelligent Music Project and Ronnie Romero “The Creation Tour” in which special guests were the legendary drummer of Rainbow and Black Sabbath Bobby Rondinelli and the current vocalist of Nazareth Carl Sentance.

After presenting their show in Plovdiv, Varna and Burgas, the musicians played in Sofia both songs from the new album of Intelligent Music Project “The Creation”, which was released in early March, and some of their most popular songs over the years.

A surprise not only for the audience, but also for the organizers was the presence of the great Bulgarian singer Vasil Naidenov, who watched the whole concert of Intelligent Music Project, Ronnie Romero, Bobby Rondinelli and Carl Sentance as part of the audience in the “Universiada” Hall.

Another special guest of the show was one of the most popular TV and radio hosts Niki Kanchev.

Traditionally, the concert was opened by Elena Rosberg, who invited the creator, producer and author of the music and lyrics of the Intelligent Music Project Dr. Milen Vrabevski, who greeted the audience and told about his many activities with the Bulgarian Memory Foundation.

Then all the musicians came under the spotlight and the real show begun.

“It is very important for us not just to sing and play songs, but to convey meaningful messages through them. We live in difficult times and through our lyrics with Intelligent Music Project and Dr. Milen Vrabevski we try to give strength to people to move forward. One of the ways for this to happen is to help each other, to be together! ”, this message from the stage was sent by the vocalist of the Bulgarian supergroup and the legendary Rainbow Ronnie Romero, after which he went down in the audience to sing with the people one of the most beautiful ballads of Intelligent Music Project “Listen”, dedicated to families with reproductive problems – a long-standing cause of Dr. Milen Vrabevski.

“The Creation Tour” continues on June 17th in Thessaloniki.