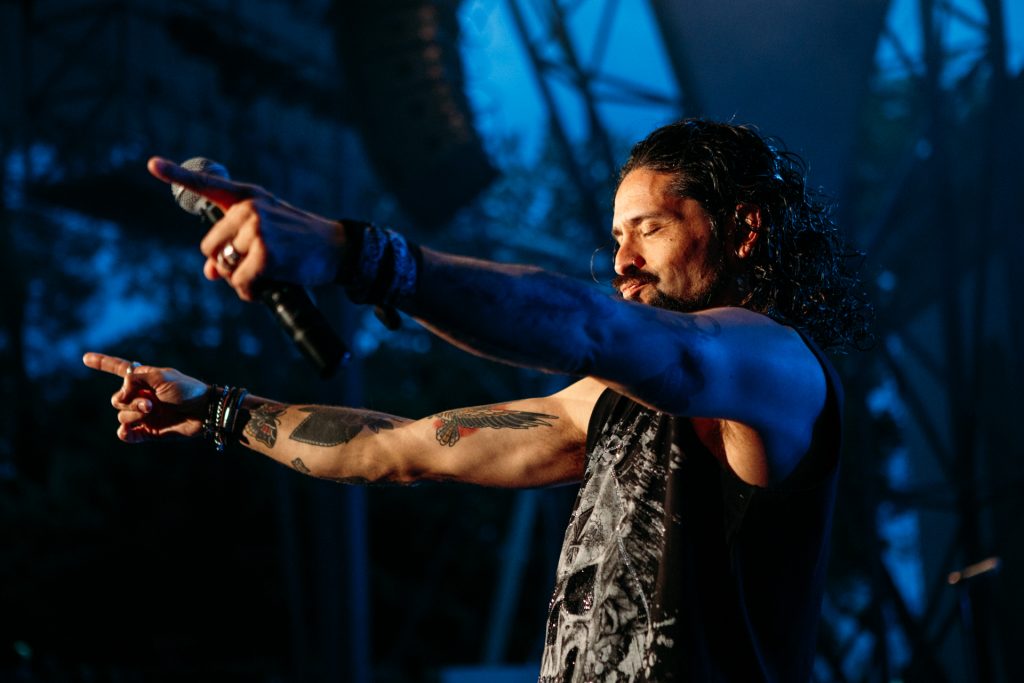 Citizens of Burgas almost did not use the seats of the citie’s summer theater during yesterday’s concert of the Bulgarian supergroup of Dr. Milen Vrabevski Intelligent Music Project feat. Ronnie Romero and the special guests of The Creation Tour Bobby Rondinelli (Rainbow, Black Sabbath) and Carl Sentance (Nazareth).

In front of a crowded theater Ronnie Romero, Bobby Rondinelli, Carl Sentance, Stundzhi, Biser Ivanov, Slavin Slavchev, Lina Nicole, Bobby Kosatkata, Ivo Zvezdomirov, Ivo Stefanov and Samuel Eftimov performed some of their most popular songs such as Looking For The Feeling Yesterdays That Mattered, as well as the iconic Every time, which topped several rock charts outside Bulgaria last year and became a hit song with more than 1 million views on YouTube.

The band stormed the stage with the powerful roar of Ronnie Romero and opened with one of the most energetic songs from the new album – I Know. Other songs from The Creation, released in early March, such as A Sight, Sense of Progress and Sometimes, followed.

Bobby Rondinelli did not cheat on himself again and made another attractive drum solo.

Carl Sentance also showed that he already feels the Bulgarian audience as his own giving the best of his amazing voice.

Ronnie Romero once again delighted the audience of the Intelligent Music Project, causing several shouts and applause going down in the audience to sing one of the most beautiful songs of Dr. Milen Vrabevski – Listen, which is dedicated to the battle with the demographic crisis.

After the concert there was a long queue of people waiting to buy an album and a T-shirt of the band, as well as to take pictures with some of the members of the band.