The Creation Tour 2021 has ended 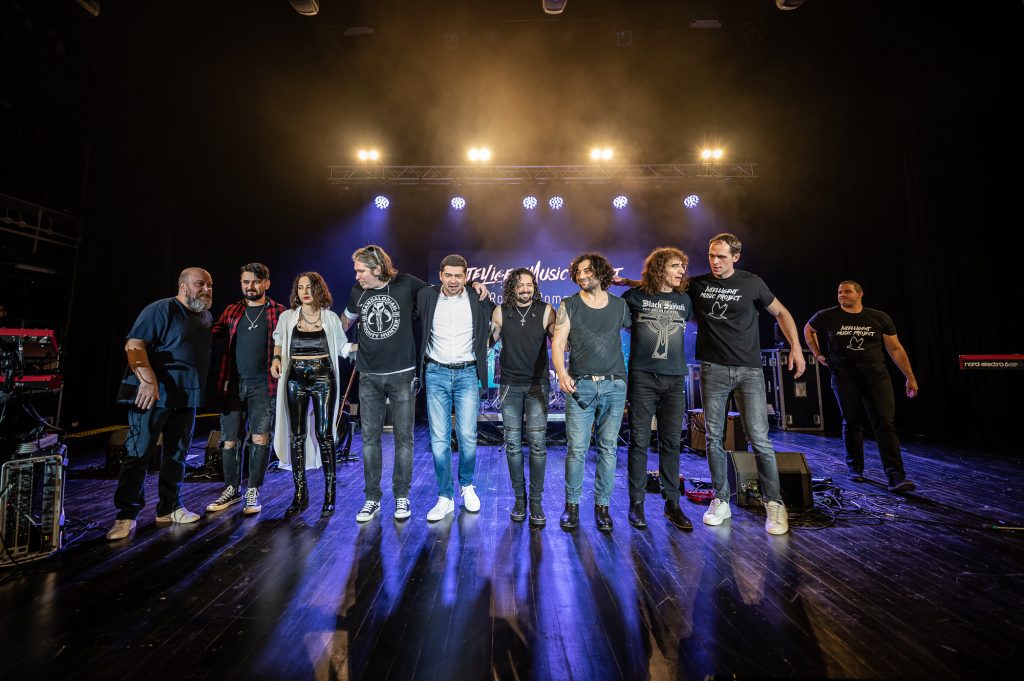 Intelligent Music Project’s “The Creation Tour 2021” ended yesterday in Stara Zagora, Bulgaria. The concerts were in support of the last sixth album of Dr. Milen Vrabevski and the band “The Creation”, which was released in March.

During the year, Intelligent Music Project, together with its star vocalist Ronnie Romero visited Varna, Burgas, Thessaloniki, Pleven, Veliko Tarnovo, Ruse, Stara Zagora, as well as Plovdiv and Sofia twice. At the first concerts in May, special guest musicians were two of the participants in the recordings of “The Creation” – the legendary drummer of Rainbow and Black Sabbath Bobby Rondinelli and the Nazareth vocalist Carl Sentance.

Along with them, Ronnie Romero and the main musicians of the Intelligent Music Project – Bisser Ivanov, Slavin Slavchev, Bobby Kosatkata, Stoyan Yankoulov-Stundzhi, Lina Nicole, Dimiter Sirakov, Ivo Stefanov and Samuel Eftimov – were always on the stage.

“We are really happy that in these difficult times we’re living all the halls and theaters we played in were full – this respect for us and our music is invaluable,” said the creator, producer and author of the music and lyrics of all albums of the group so far Dr. Milen Vrabevski.

And 2022 will be no less interesting for the Intelligent Music Project. The band will begin the year with a concert at the Sofia Live Club on February 5th, followed by a European tour in March. A little later in the summer, the band’s seventh album featuring Ronnie Romero and Simon Phillips will be released, followed by a big concert tour in it’s support.

Before that, however, Intelligent Music Project will take on the biggest challenge in the history of the band so far – the participation in the Eurovision Song Contest 2022 in Turin with the song “Intention”.