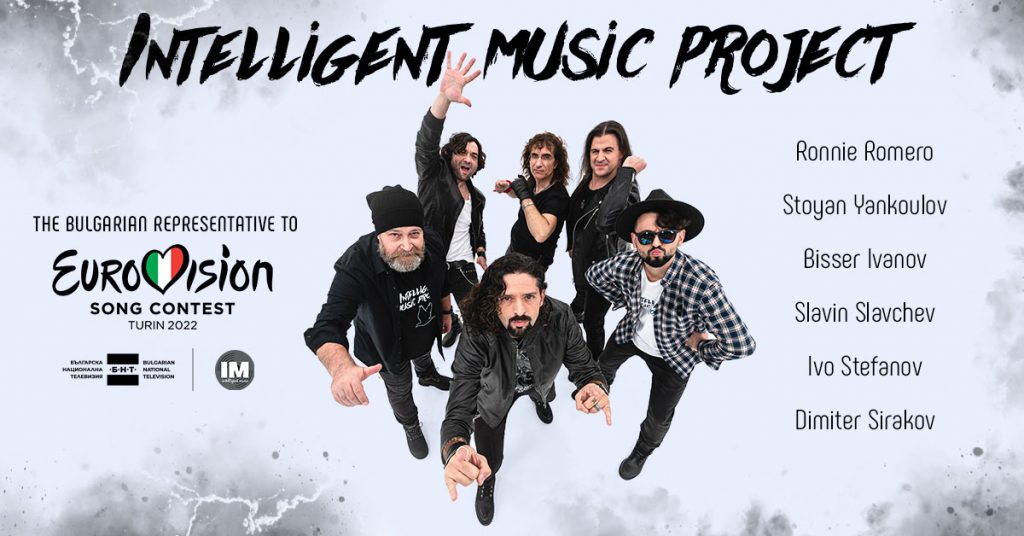 The Bulgarian supergroup will represent Bulgaria on the contest in Italy next year with the song “Intention”. The lead vocalist of the band is Ronnie Romero from Ritchie Blackmore’s Rainbow

Bulgaria will once again take the Eurovision stage – this time in Torino, 2022. The country will be represented by the rock band Intelligent Music Project. Bulgaria’s 14th participation in the prestigious international competition was announced today at a special press conference by the CEO of the Bulgarian National Television Emil Koshlukov and Dr. Milen Vrabevski – creator, producer and author of the music and lyrics of Intelligent Music Project.

The big surprise for all rock fans is that the lead vocalist of the band is one of the most famous rock singers in the world nowadays – Ronnie Romero, who is also the current vocalist of the legendary Ritchie Blackmore’s Rainbow. The rest of the band will be represented by the third time participant in Eurovision Stoyan Yankoulov, Bisser Ivanov, the winner of X-Factor Bulgaria Slavin Slavchev, Ivo Stefanov and Dimiter Sirakov.

The author of the music and lyrics of the song is Dr. Milen Vrabevski. He said that the song “Intention” speaks of the personal struggle in our thoughts and minds to break free from old patterns of belief and behavior that hold us back. The official release of the song and the video will happen at the beginning of December on BNT1.