The Bulgarian representative to the Eurovision Song Contest Intelligent Music Project is already in Turin, and the preparations for the first semifinal, where the group will come out under number 7 on May 10th, are already in progress.

During the today’s first rehearsal for Bulgaria, for the first time the band lifted the curtain on their stage performance and showed off part of their impressive décor with which the boys will present their song “Intention” at Eurovision. A three-meter spherical structure, wrapped in speakers, lasers and lights, will stand on the stage during the performance of the Intelligent Music Project. What is the symbol behind this – the creative director of the band’s performance Andrea Celli told us something more about it:

“It all started with the way I imagined the meaning of the song “Intention”. For me, the song is like an inner adventure. And like any adventure, there is a need for fighters, for characters. For me, the musicians who will take the stage are the fighters, but every fighter needs some kind of center of gravity, if I may say so, and I needed such a center. This is how the idea of ​​this “Core of Sound” came to me. It is a huge speaker, full of light effects that will spread the energy from the stage to everyone in the hall and in front of the TV. ”

The “Core of Sound” pays tribute to the legendary band Grateful Dead, whose trademark is the so-called “wall of sound”, says also Andrea. 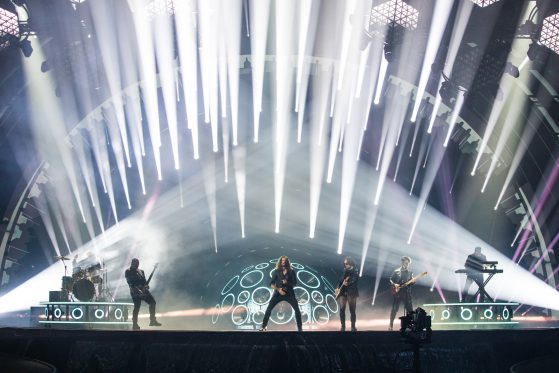